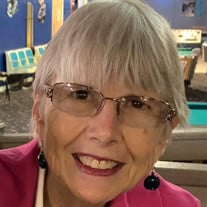 Amelia Kelly Wofford, 70, passed away in her home surrounded by family on November 18, 2021. Amelia was born July 23, 1951, in Fort Payne, Alabama before moving to Lake Wales, Florida at the age of three. After graduating from Lake Wales High School, Amelia received her Bachelor of Arts with a major in social work from Florida State University. Post-graduation, Amelia returned to her home state of Alabama to build a home as she received her Master of Science from Jacksonville State University. Amelia’s early accomplishments led to a fruitful career in healthcare spanning four decades, over which she developed grants for local and state opportunities, directed the maternity care program in District 3 and 4, and secured public housing and school-based funding for Special Populations Programs funded through HRSA, while she simultaneously developed the programs. In addition, Amelia served as the Vice President of the East Central Alabama AHEC and served on the board of a variety of organizations. Amelia’s work was often recognized as she received a multitude of service awards during her thirty-seven-year career at Quality of Life Health Services. Amelia was also awarded the Alabama Primary Health Care Award for statewide outstanding service, among a variety of other awards during her tenure in the healthcare industry. Through her dedication to the people of Alabama, Amelia’s extensive career not only raised millions to fund new healthcare facilities and ensure care was widely accessible, but the lives impacted by her work will forever be changed, leaving a lasting legacy in her wake. Amelia was a force of nature in every facet of life. Her vivacious spirit made a memorable impact with each encounter, whether she had known you for years or was meeting you for the first time. While Amelia herself livened up a room, her extraordinary gift of music was quite the sensation. She began playing as a church pianist at the impressively young age of 11 and continued to bless others with her masterly talent for decades. Amelia was an active member of the community, a loving mother and grandmother, and a tried-and-true friend. The light she brought into the lives of others will never fade, although the days without her presence will seem a touch more gray. Amelia is survived by her daughter, Kylee Wofford Barrett of Vancouver, British Columbia, Canada, son, Russell Wofford of Fyffe, Alabama, sister, Sarah Yvonne Fitzgerald of Summerfield, Florida, and grandson, Everett Wofford of Talladega, Alabama. Amelia was preceded in death by her parents, Lamar and Ora Dell Kelly. The family welcomes extended family and friends to Amelia’s viewing and funeral service at the Geraldine Funeral Home, Saturday, November 27, 2021. Flowers are welcomed, as they brought much joy to Amelia’s life, as are donations to Shepherd's Cove Hospice in Albertville, AL. The viewing will begin at 10 am with the service following at 11:30 am. COVID regulations will be observed. Address: 11968 AL HWY 227 Geraldine, AL 35972.

Amelia Kelly Wofford, 70, passed away in her home surrounded by family on November 18, 2021. Amelia was born July 23, 1951, in Fort Payne, Alabama before moving to Lake Wales, Florida at the age of three. After graduating from Lake Wales High... View Obituary & Service Information

The family of Amelia Kelly Wofford created this Life Tributes page to make it easy to share your memories.

Amelia Kelly Wofford, 70, passed away in her home surrounded...

A comforting word from you means a lot.

Send flowers to the Wofford family.